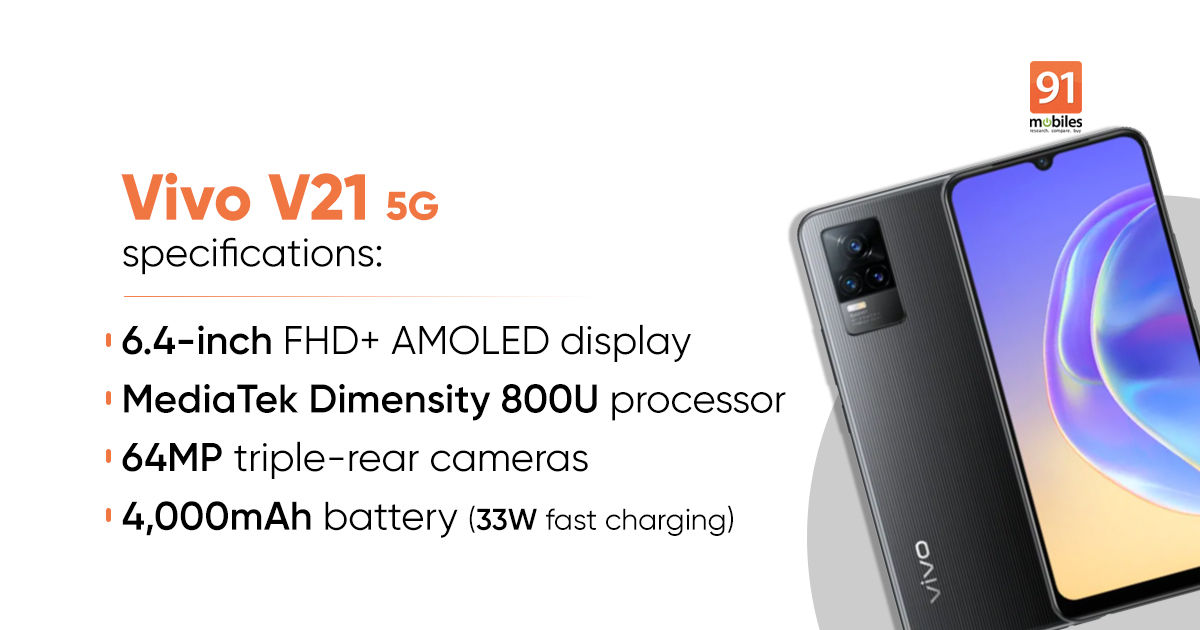 Vivo V21 smartphone was launched on 27th April 2021. The phone comes with a 6.44-inch touchscreen display with a resolution of 1080×2404 pixels and an aspect ratio of 20:9. Vivo V21 is powered by an octa-core MediaTek Dimensity 800U processor. It comes with 8GB of RAM. The Vivo V21 runs Android 11 and is powered by a 4000mAh battery. The Vivo V21 supports proprietary fast charging. You're viewing: Vivo V21 8GB RAM ₦189,000.00
Add to cart
Sign in Create an Account
Lost your password?
Select the fields to be shown. Others will be hidden. Drag and drop to rearrange the order.
Click outside to hide the compare bar
Compare
Wishlist 0
Open wishlist page Continue shopping
Shopping cart close